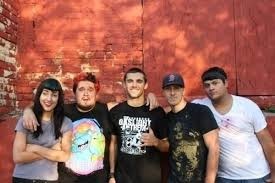 Mixtape is a band dedicated to bringing you an ultimate mix of live music spanning all decades from the 60's to the present day. Their show is a blend of Pop, Rock and Soul, which can be combined or themed according to the event!

Formed in 2009, this four piece bands first outing was supporting 80's pop group Bucks Fizz on 2 National theatre tours, including a sell out show at the London Palladium. Lead singer Stephen even became guest 4th member with 3 original Bucks Fizz members in 2014,  playing shows all across the UK including the acclaimed Rewind festival to 50,000 people.

Since then the band have been in high demand playing everything from their Ultimate Party set to 70's and 80's Themed events. These accomplished musicians and singers deliver an energetic stage performance and a fully costumed show that makes them one of the UK's most sought after function bands.

Also on the following dates..